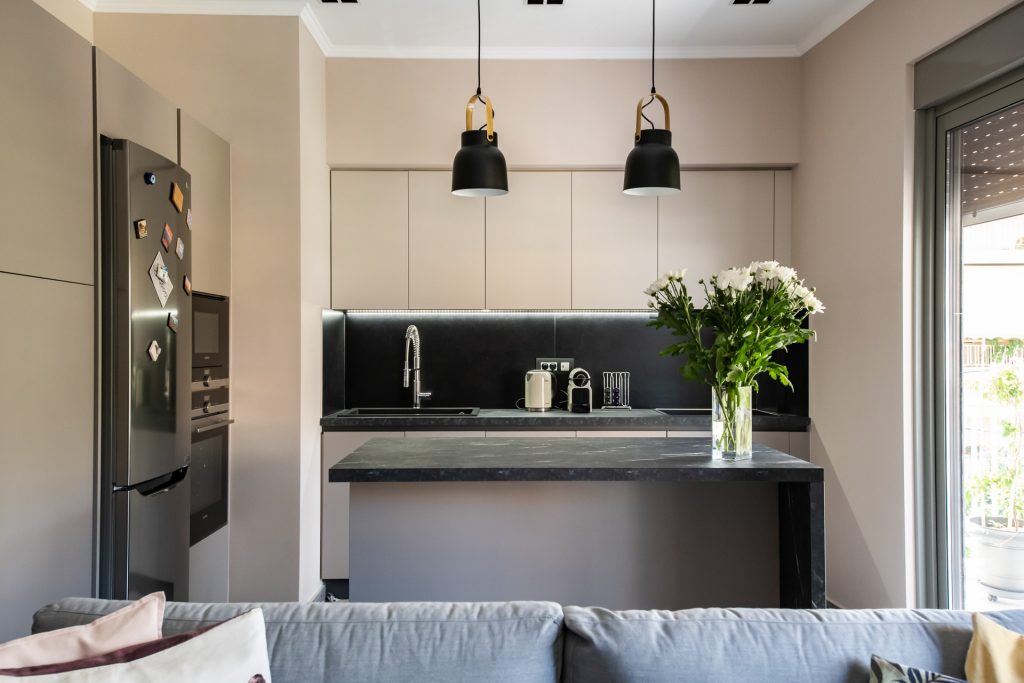 The new project we were called to face was the complete reconstruction of a classic 75sqm apartment in Galatsi, Attica.

The apartment was built in 1975 and had 2 bedrooms separate kitchen, a bathroom, and a small living room. A large corridor as well as a separate hall at the entrance of the house “ate” several square meters.

Our goal was to transform the old apartment into a modern house. So we tore down almost all the interior walls and created 2 comfortable rooms and an open plan living room – kitchen. We took advantage of the large hallway and installed a large closet that houses the washing machine and dryer and also functions as a small storage room of the house.

We built new electrical and plumbing fixtures for the new spaces and a single plasterboard was placed on the ceiling to receive the lighting spots. Particular attention was paid to energy autonomy as a new single-pipe heating circuit was built and connected to an autonomous gas boiler that, in addition to heating, also offers plenty of hot water in the apartment. An air conditioning unit was installed in each area for the complete autonomy of the house.

We chose earthy colors both on the floor tile and in the colors of the kitchen and the walls. The bathroom was fitted with built-in sanitary ware and was lined with light-colored marble tile. 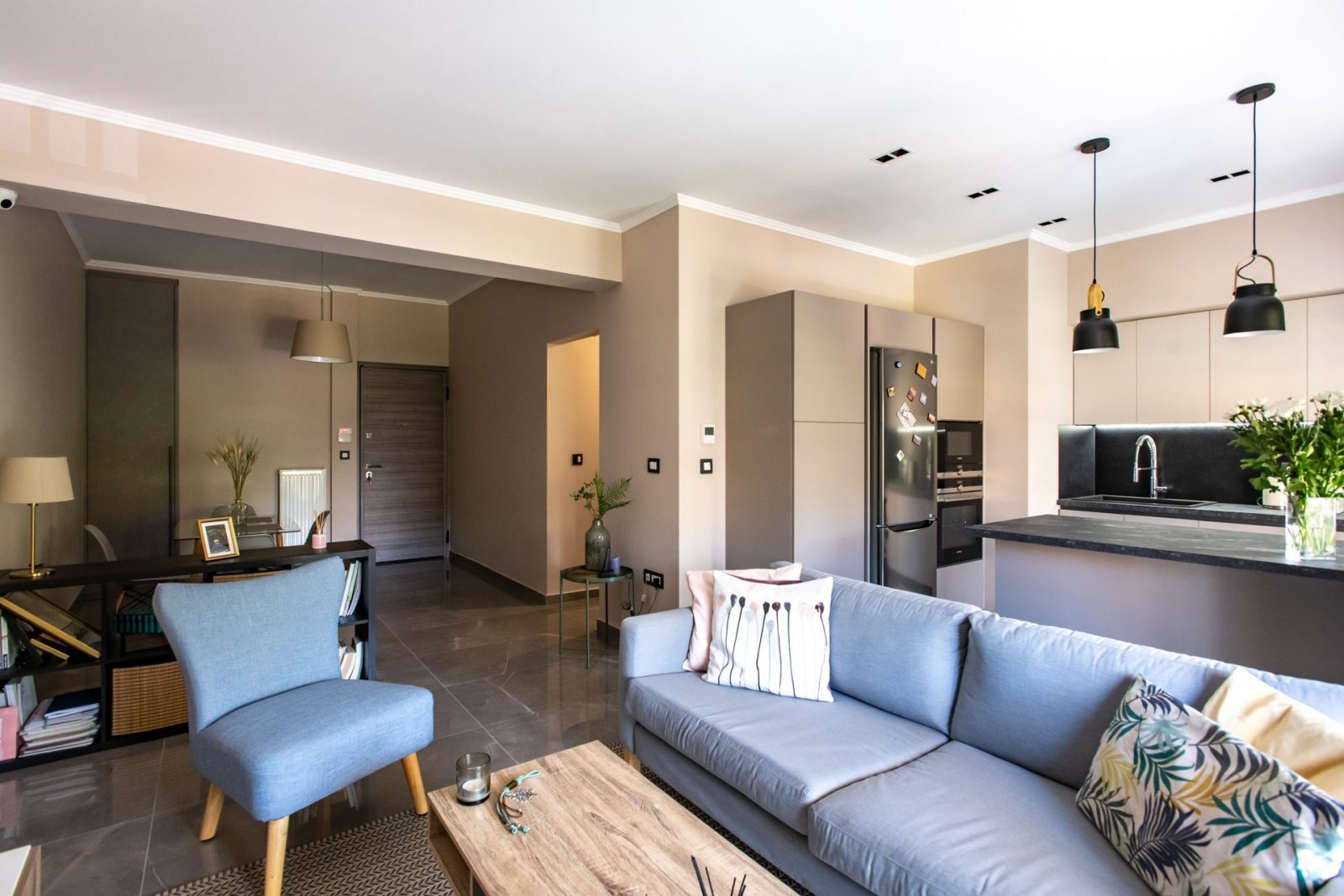 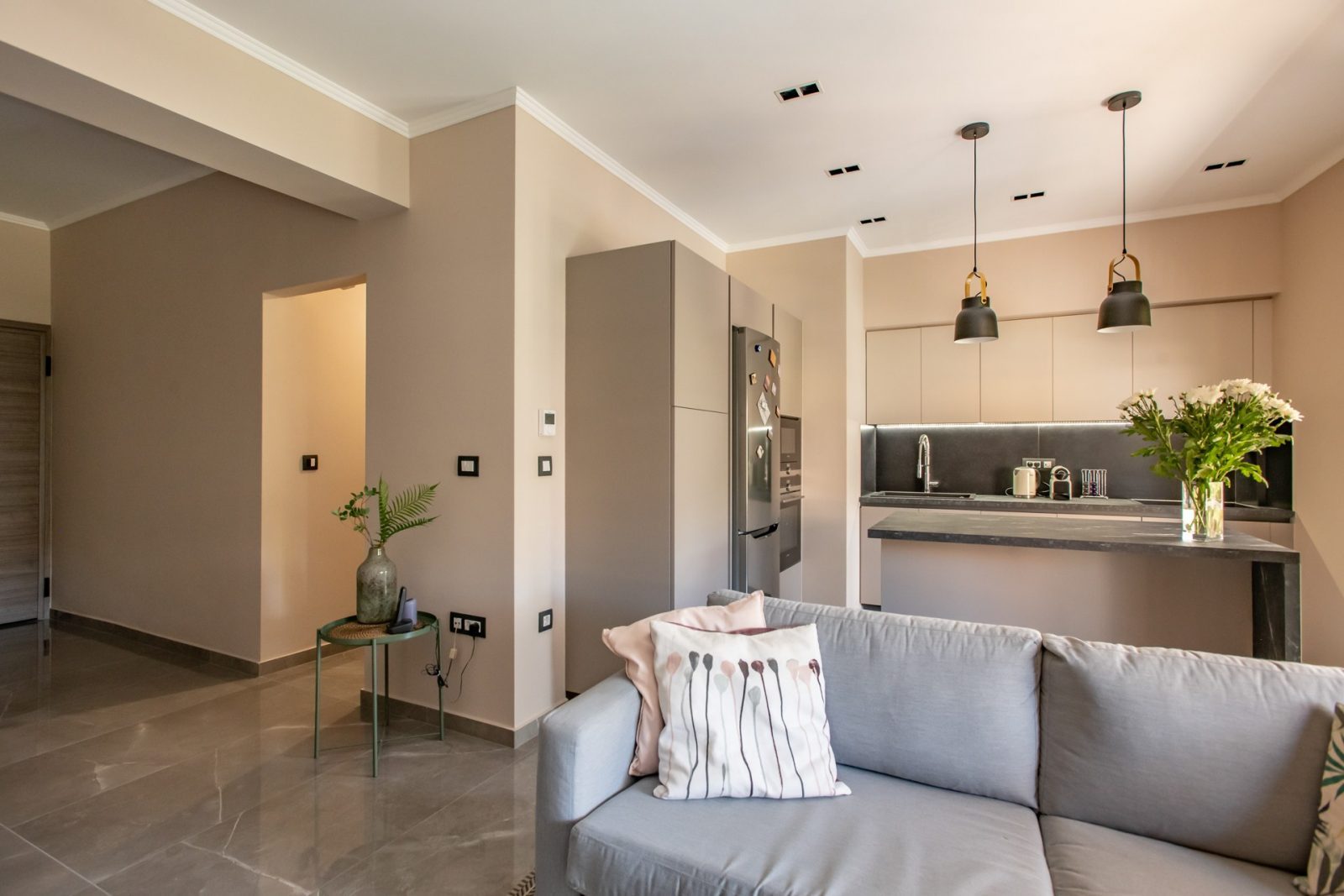 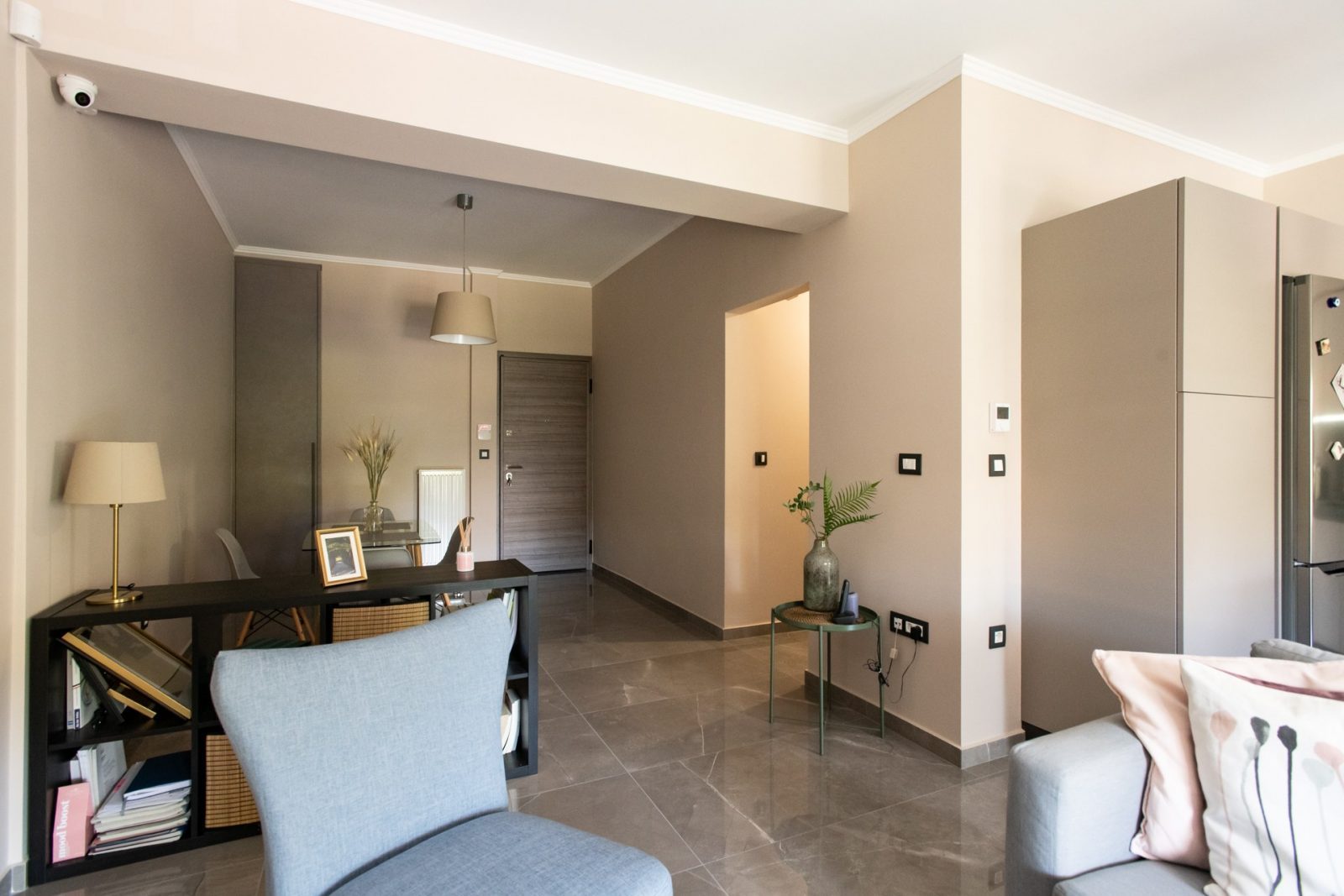 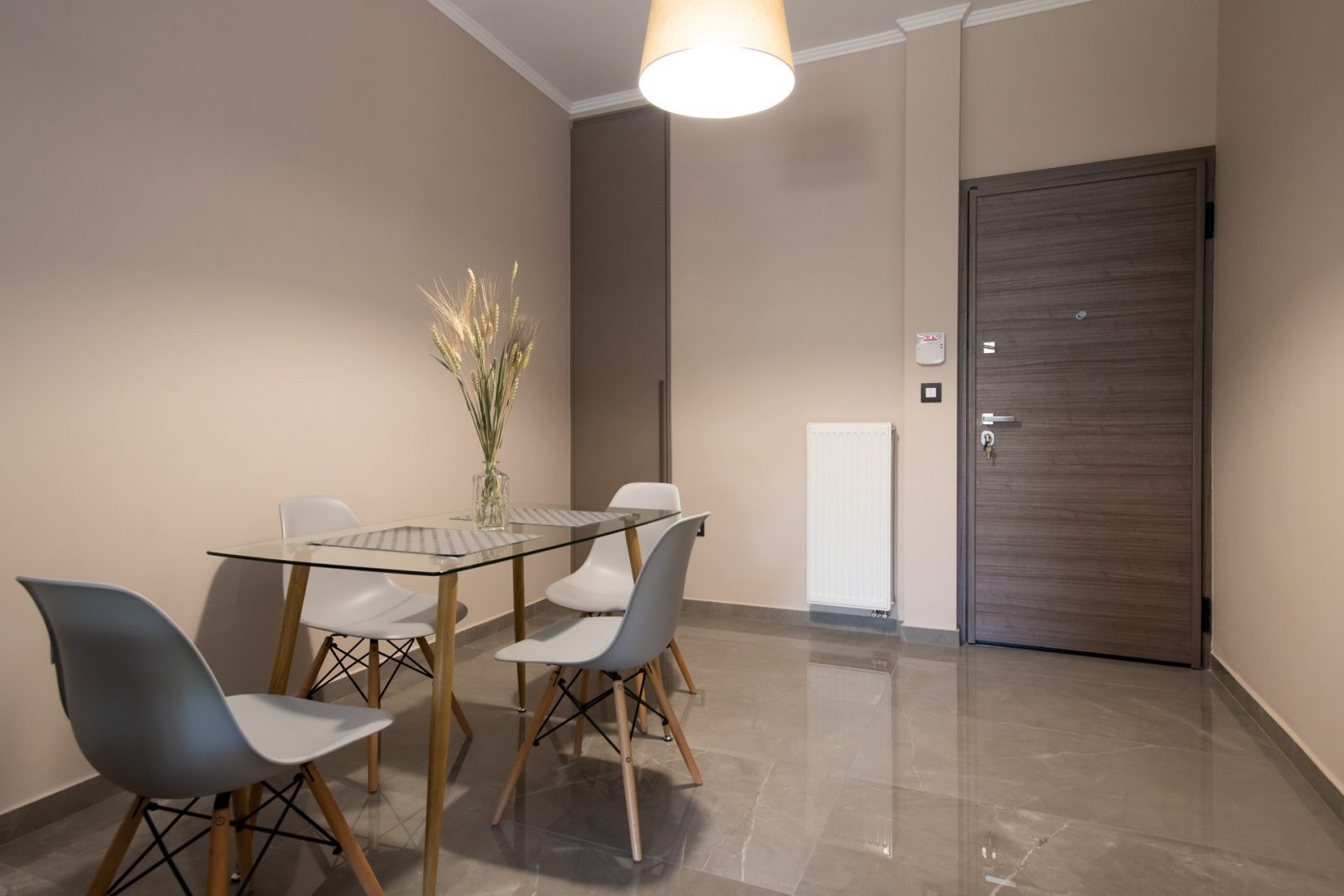 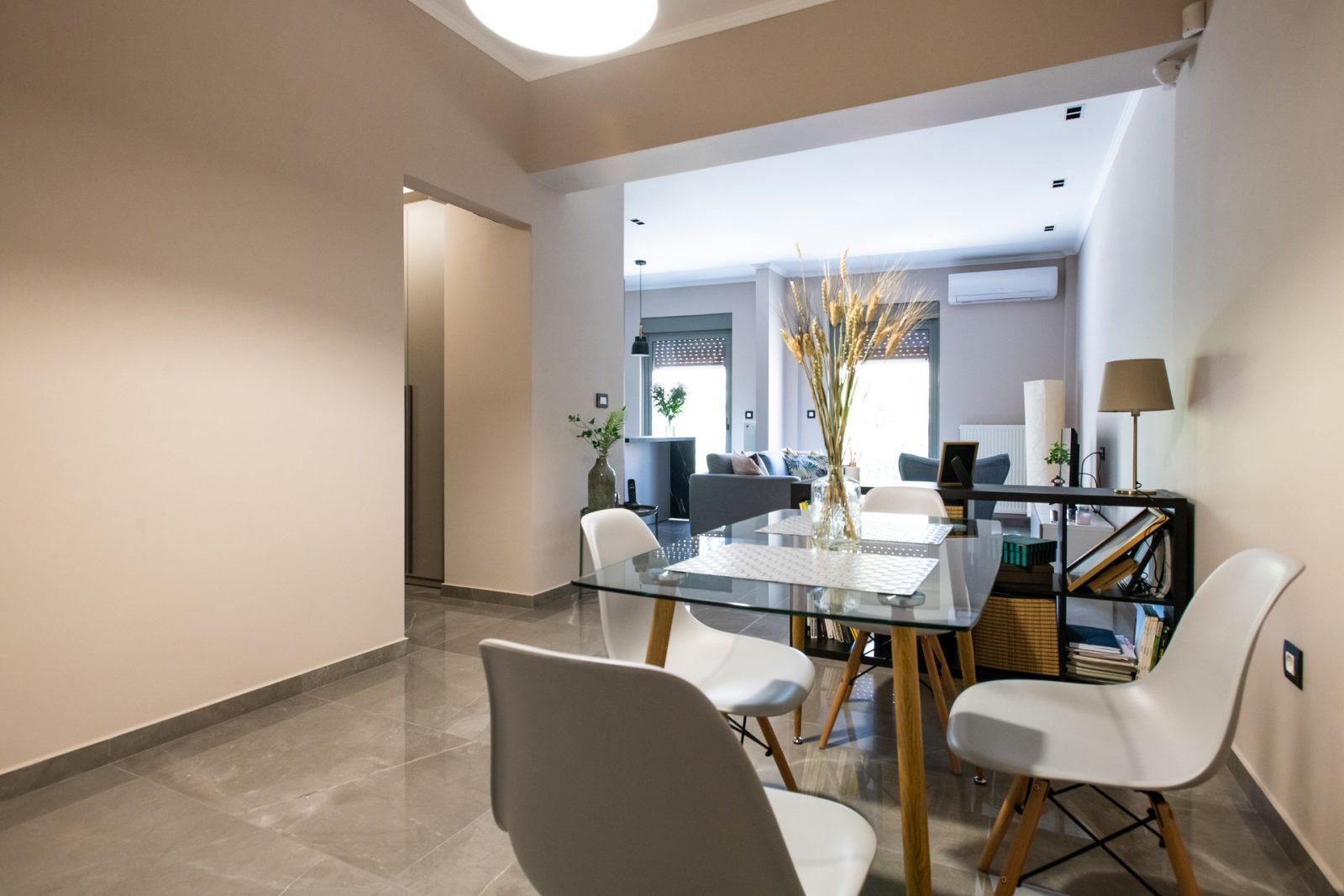 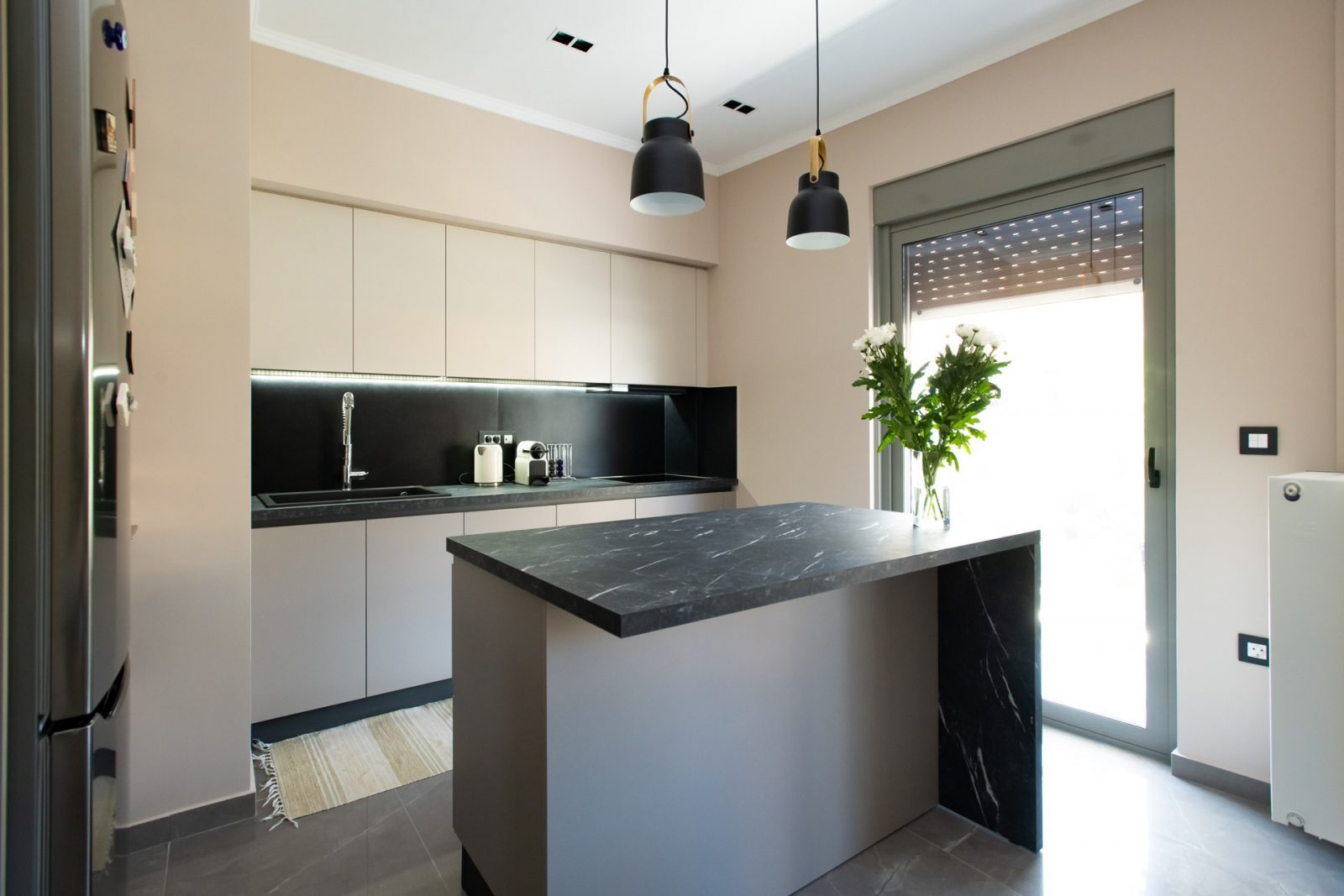 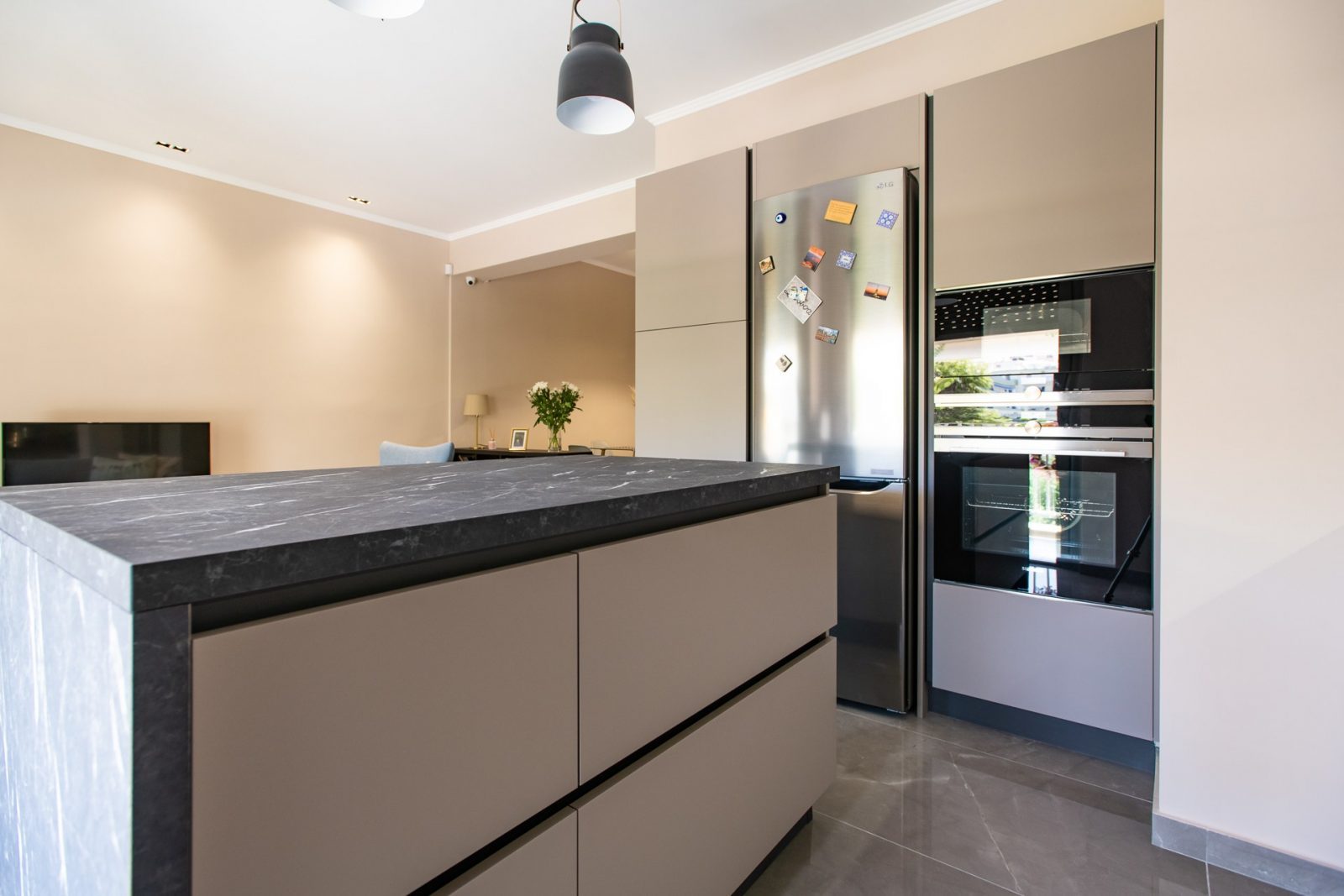 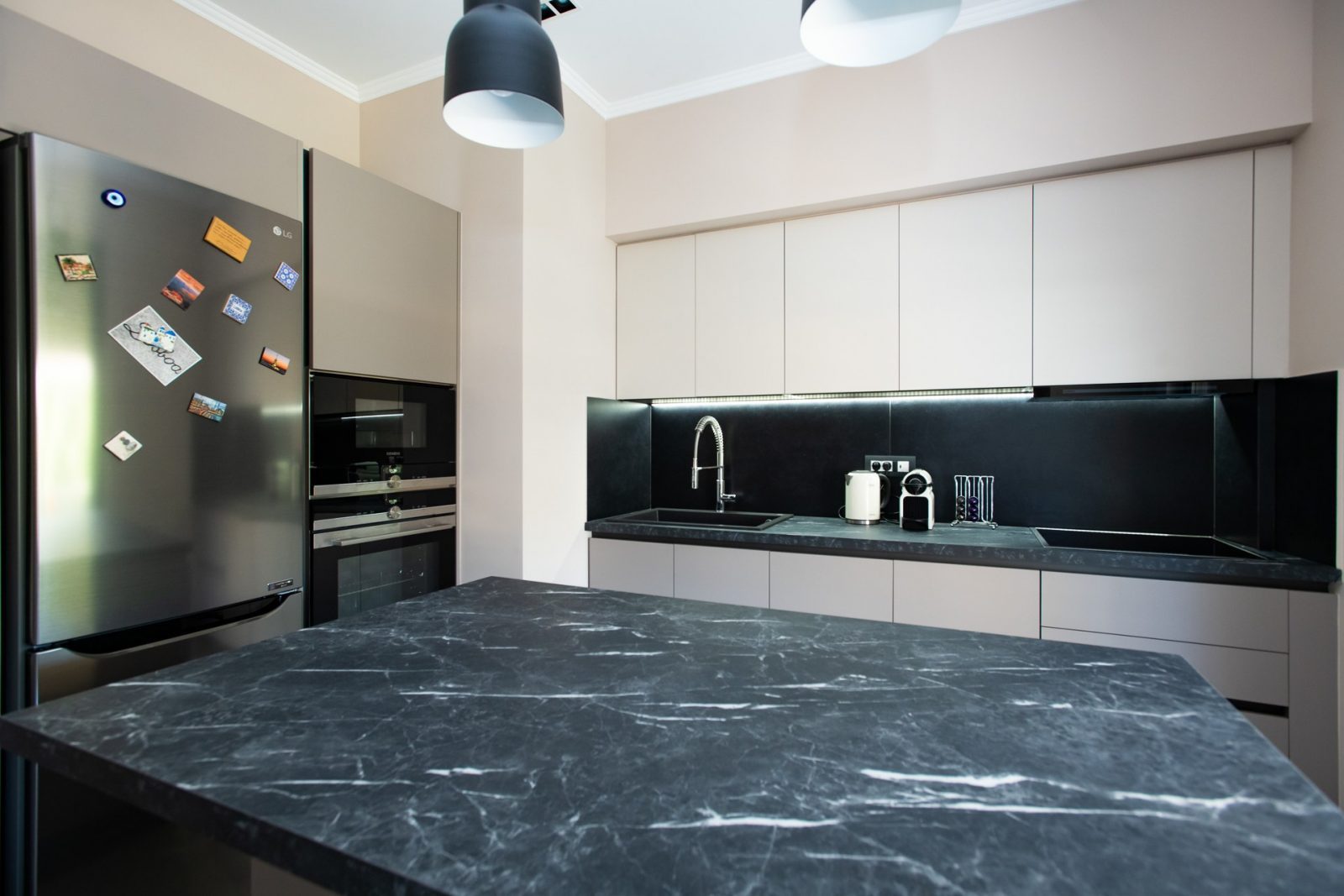 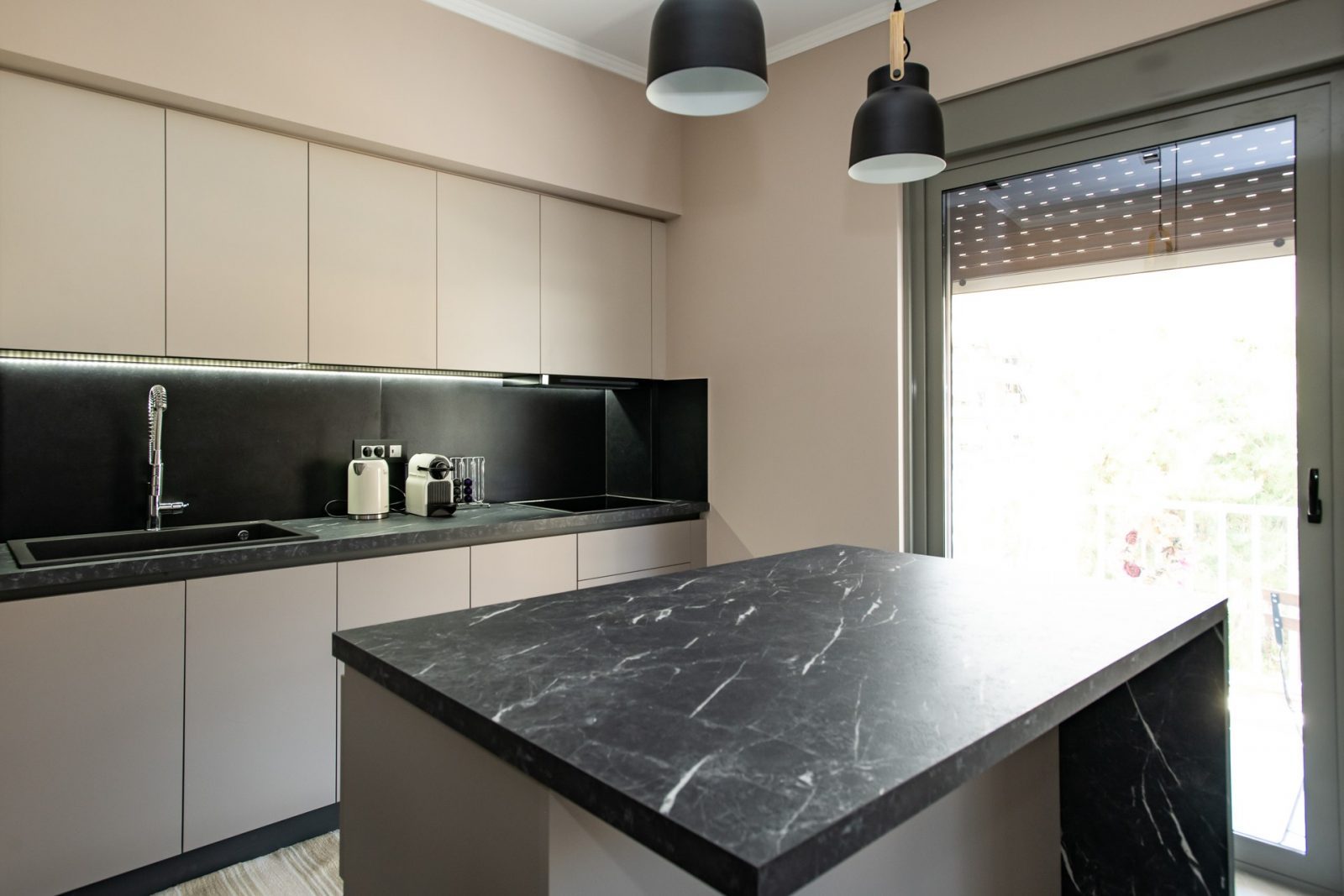 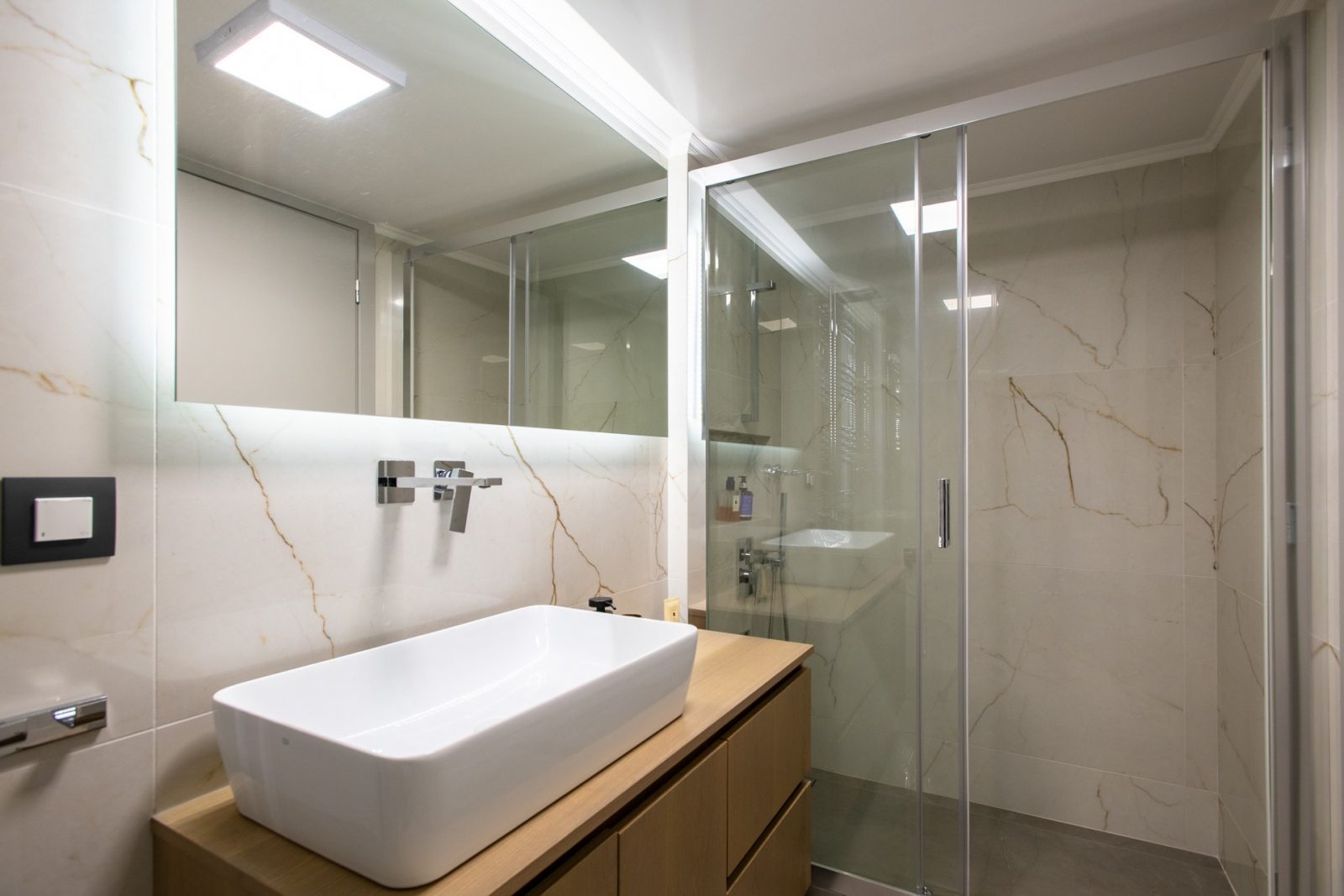 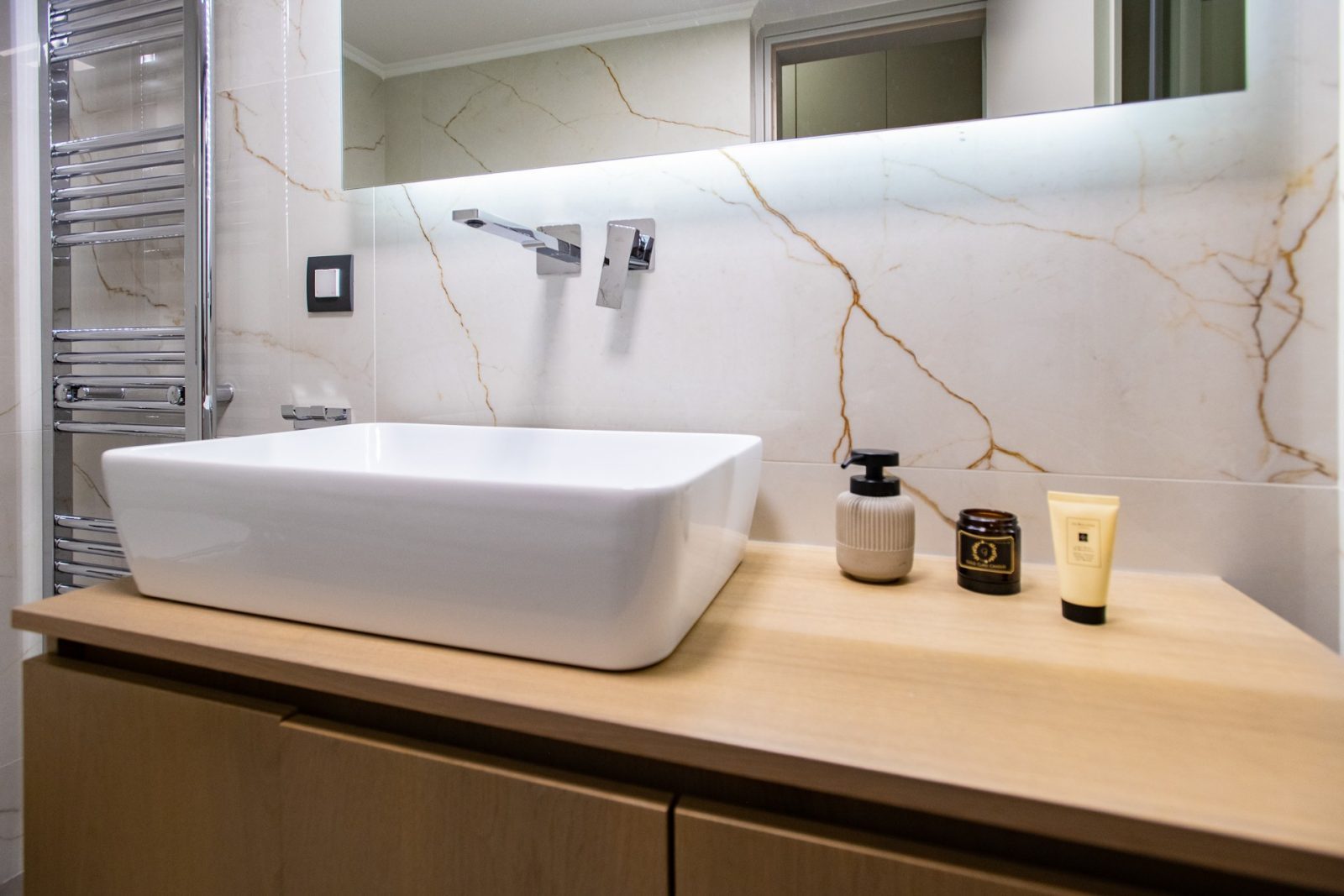 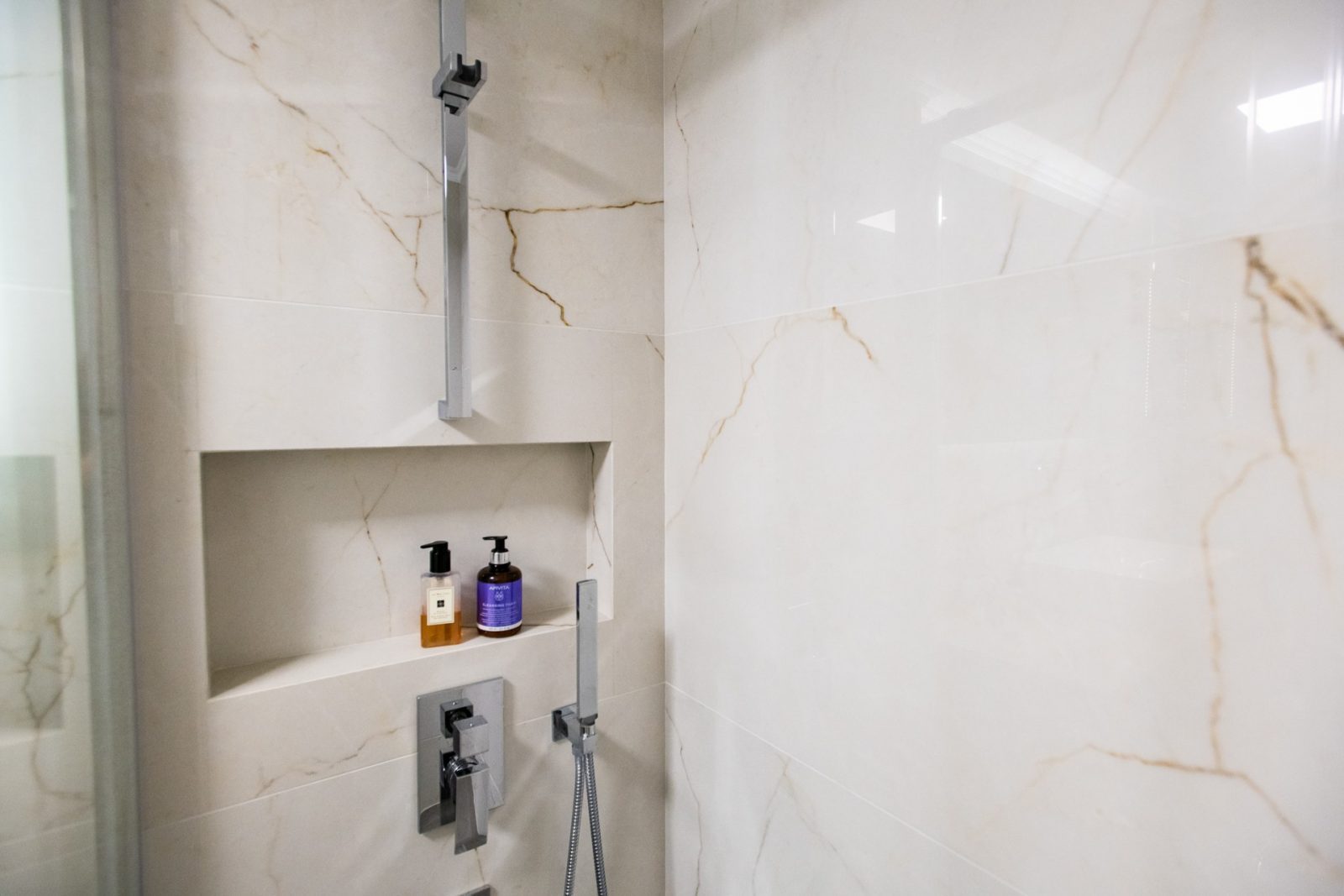 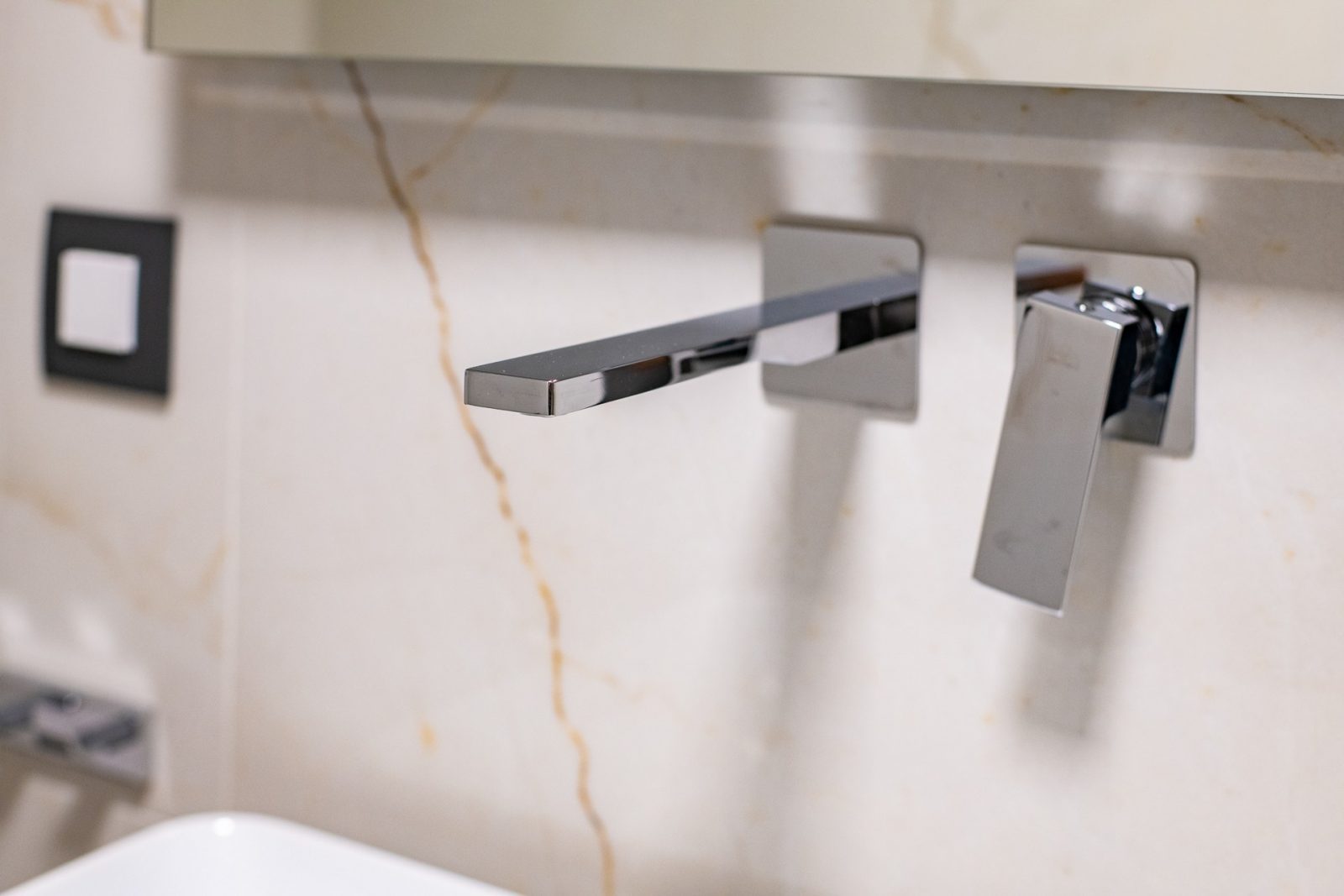 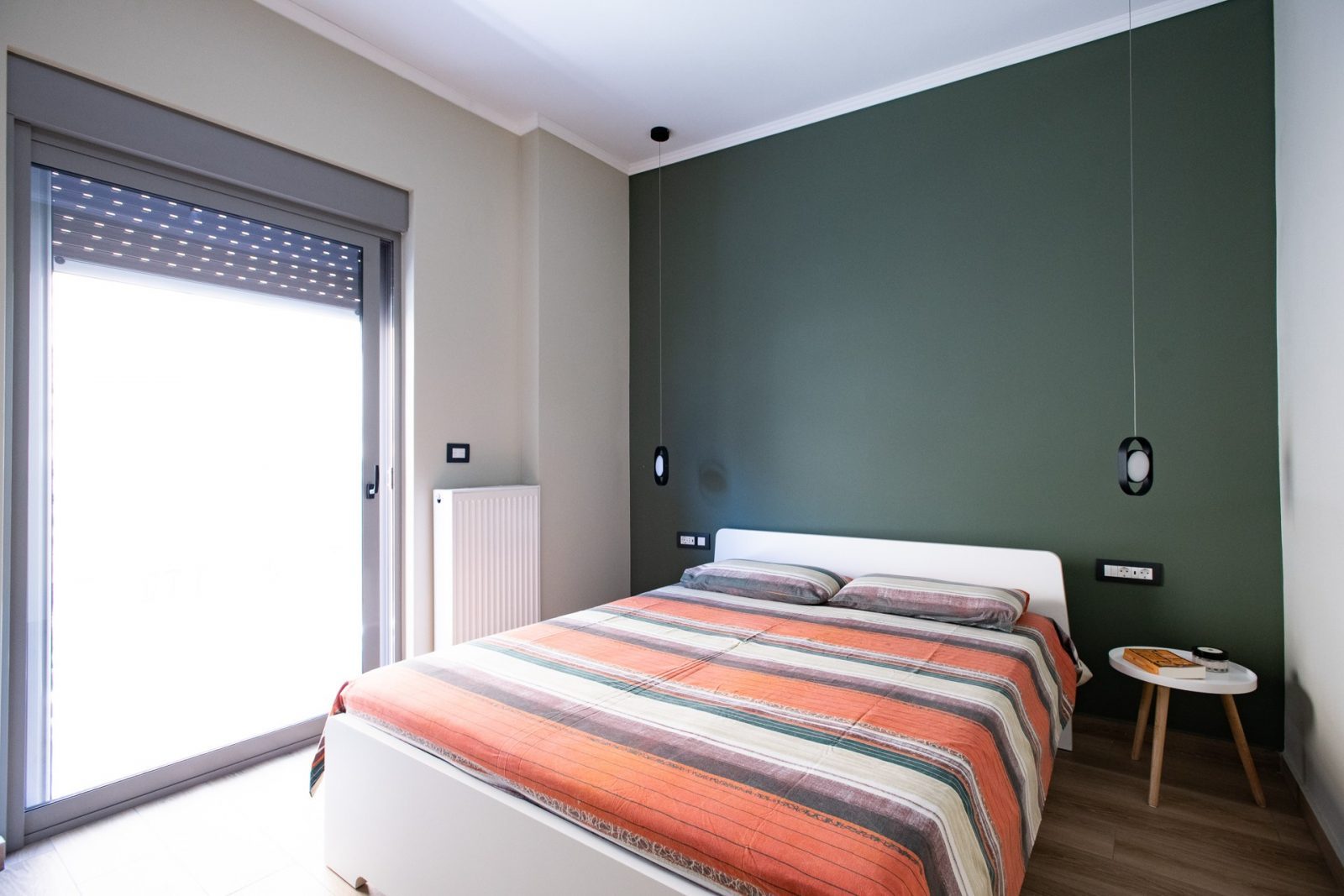 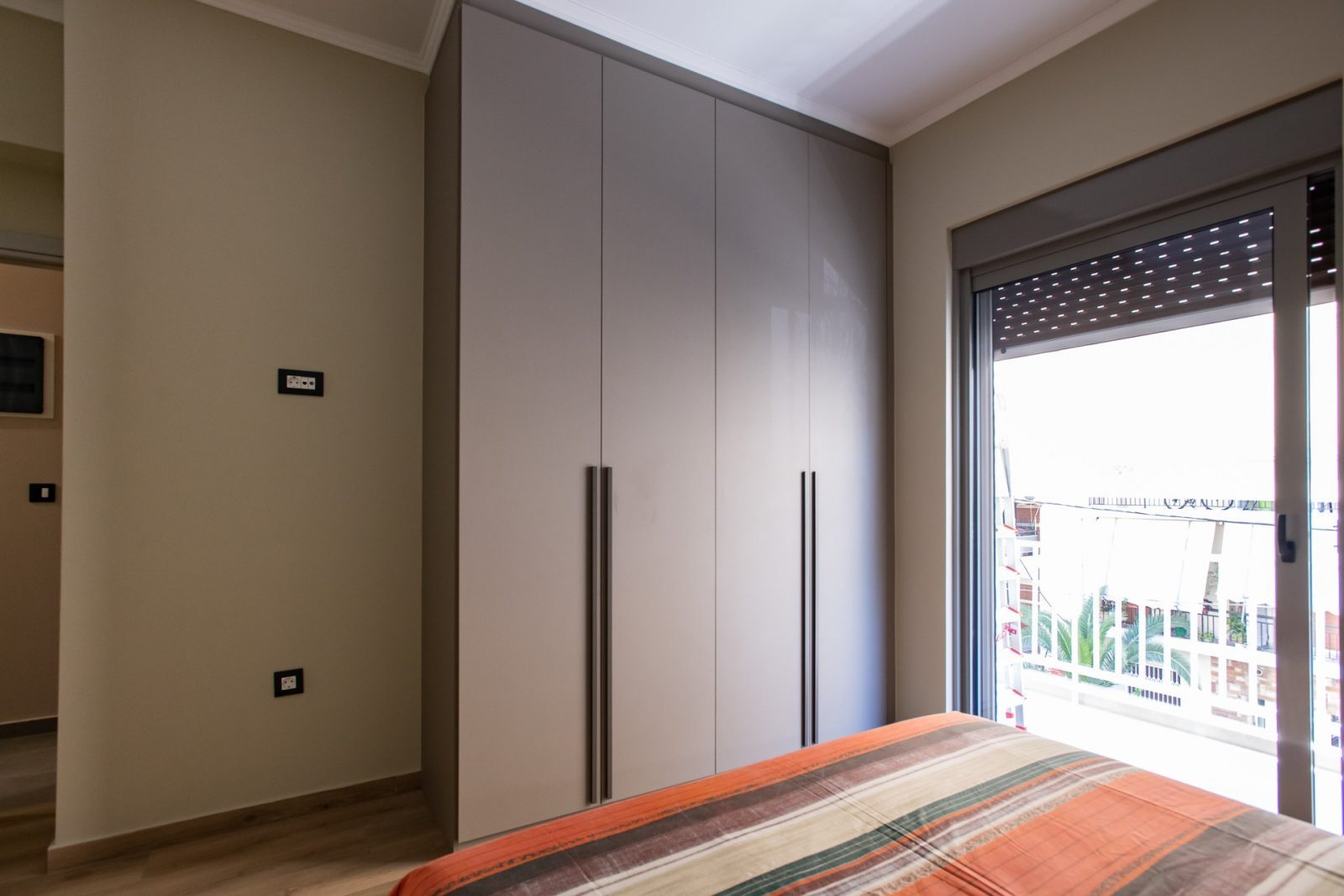 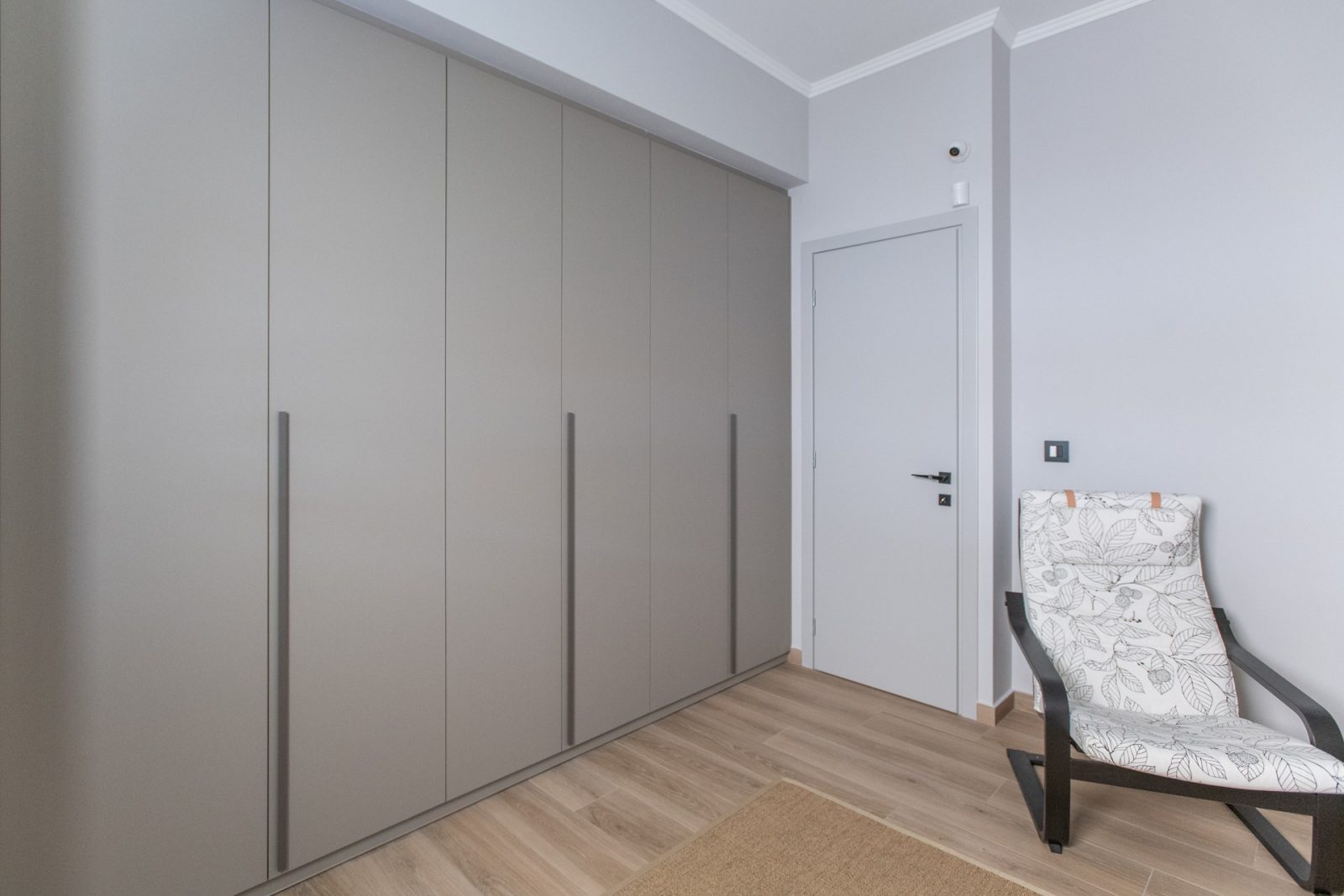 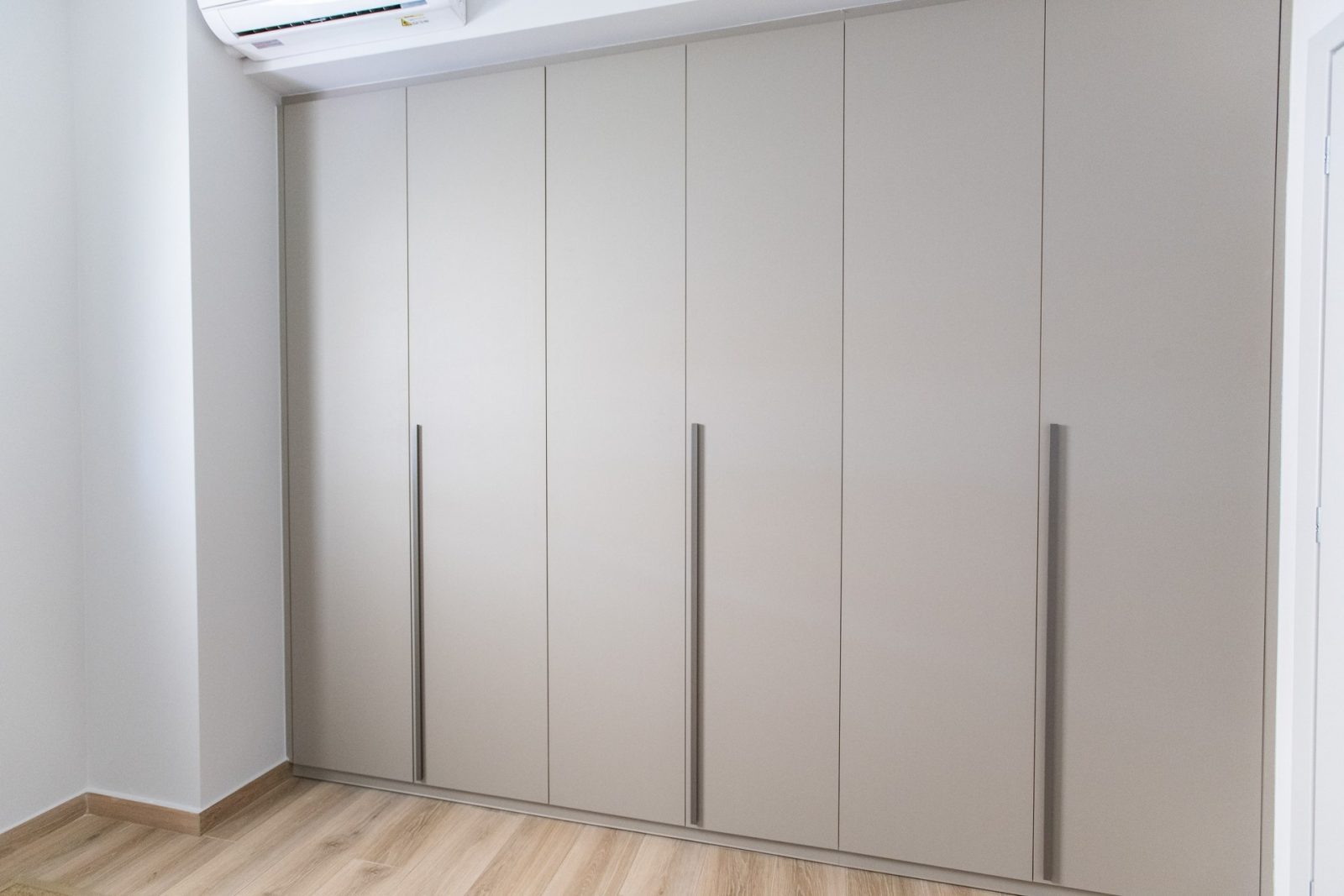 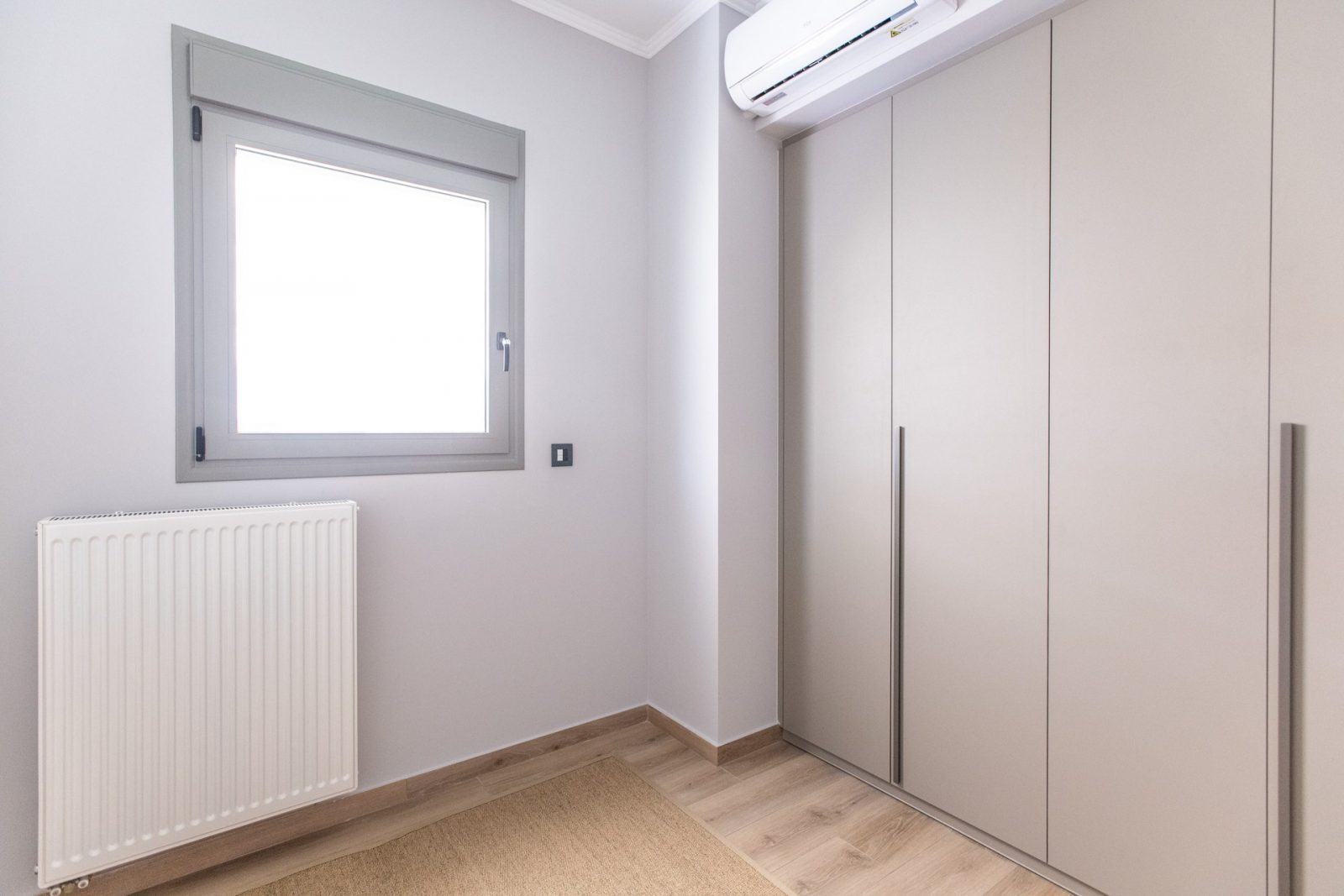